VocaloLight is a monthly niche interest iPad/PDF magazine targeted at fans of Vocaloid music. The publication was originally on FM 139.7 as a sub-channel, and was then brought under its own independent name after discontinuing FM 139.7.

VocaloLight was consisted of a 5-person team, and everyone on the team was recruited over the Internet. Pete and I were editors and the other three teammates were responsible for their respective sections.

To make sure VocaloLight covers a fair range of materials and authors are be able to write about their areas of interest, I assign each author one required topic to cover and one free slot in the beginning of each month. The authors will then turn in their main pieces along with any media files (eg. videos, images) in about half a month. Pete and I would spend the latter half editing articles, designing layout, embedding media and publishing the magazine.

The design of VocaloLight core elements and layouts was inspired by graphics used on Hatsune Miku, the most popular Vocaloid character. 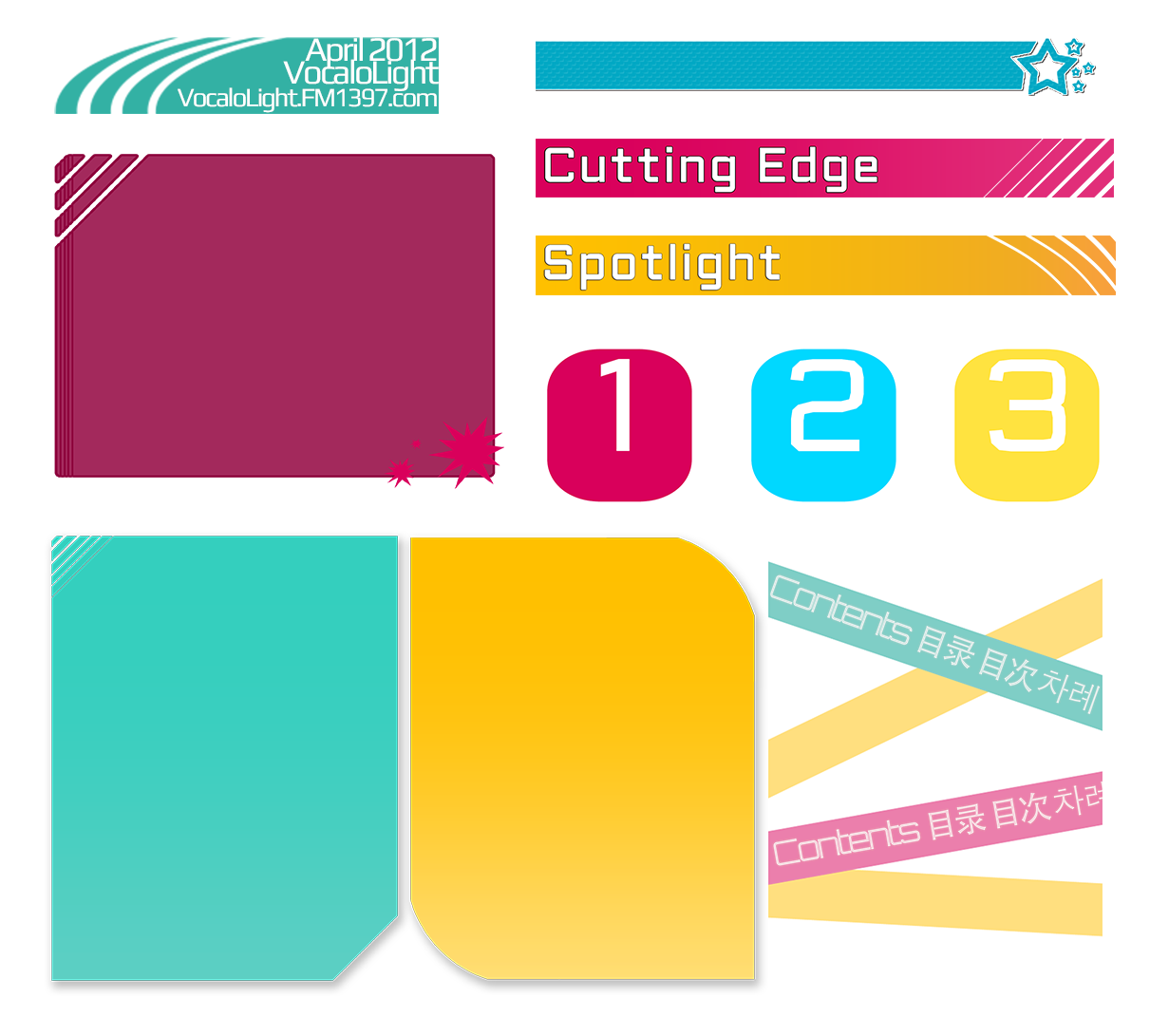 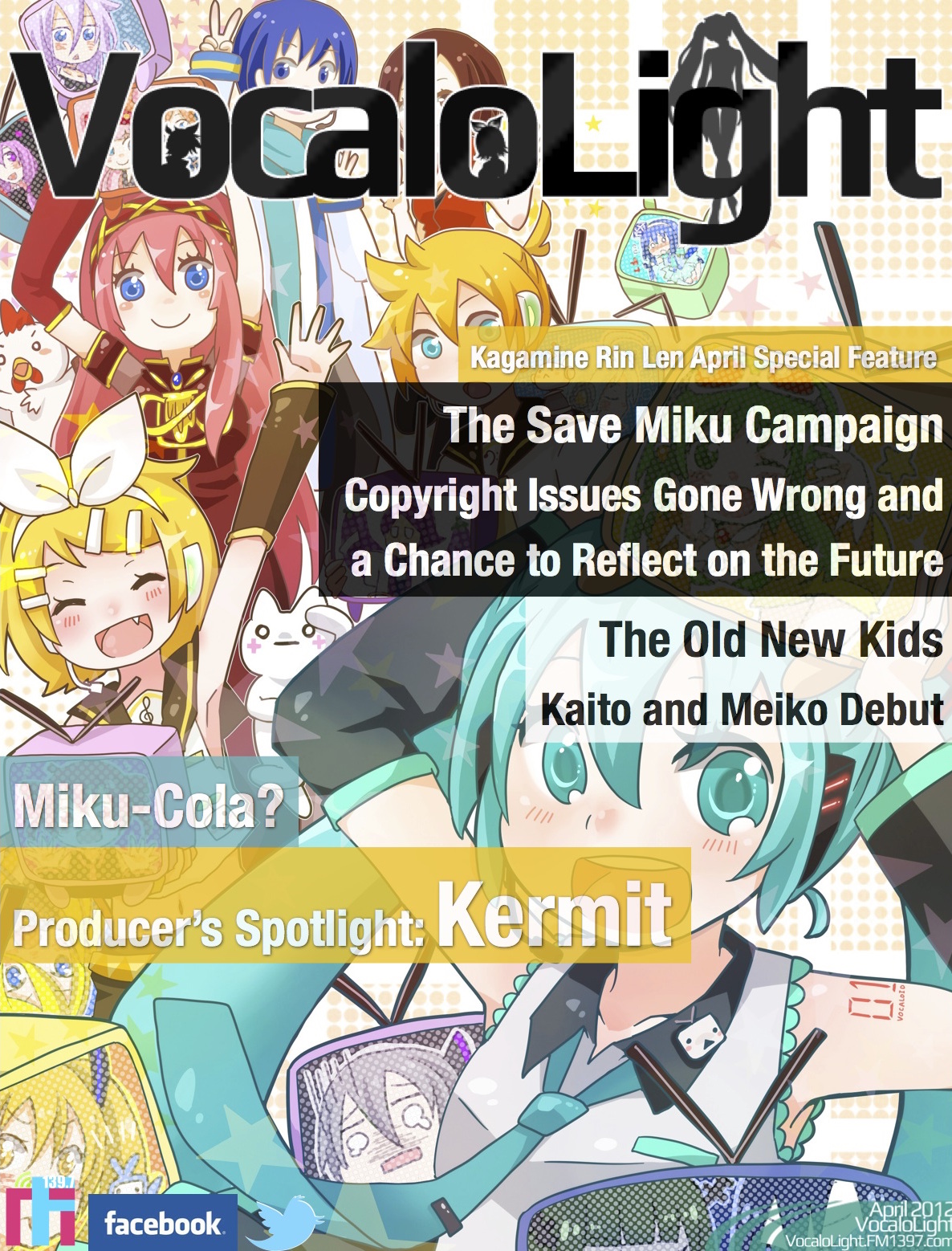 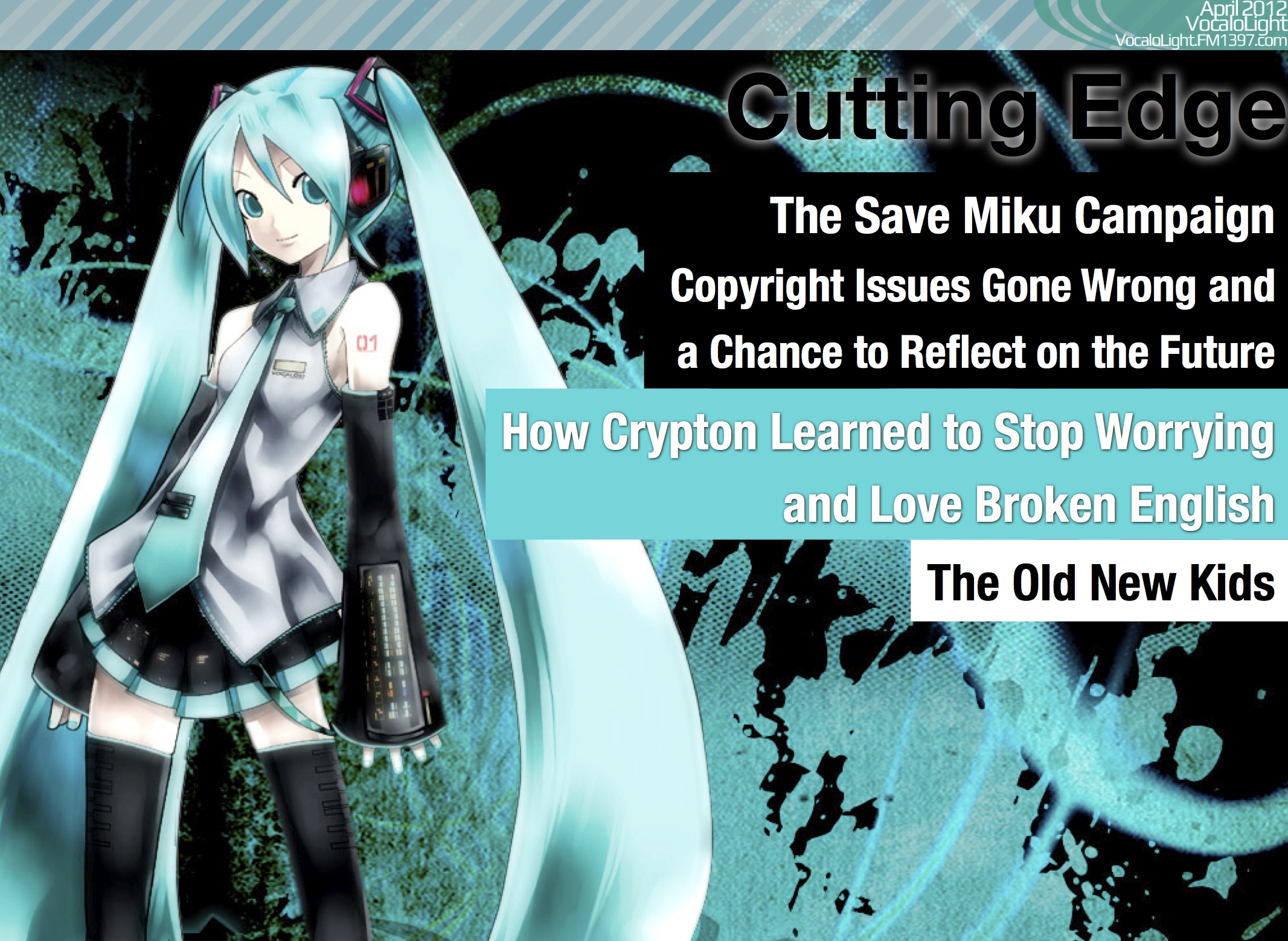 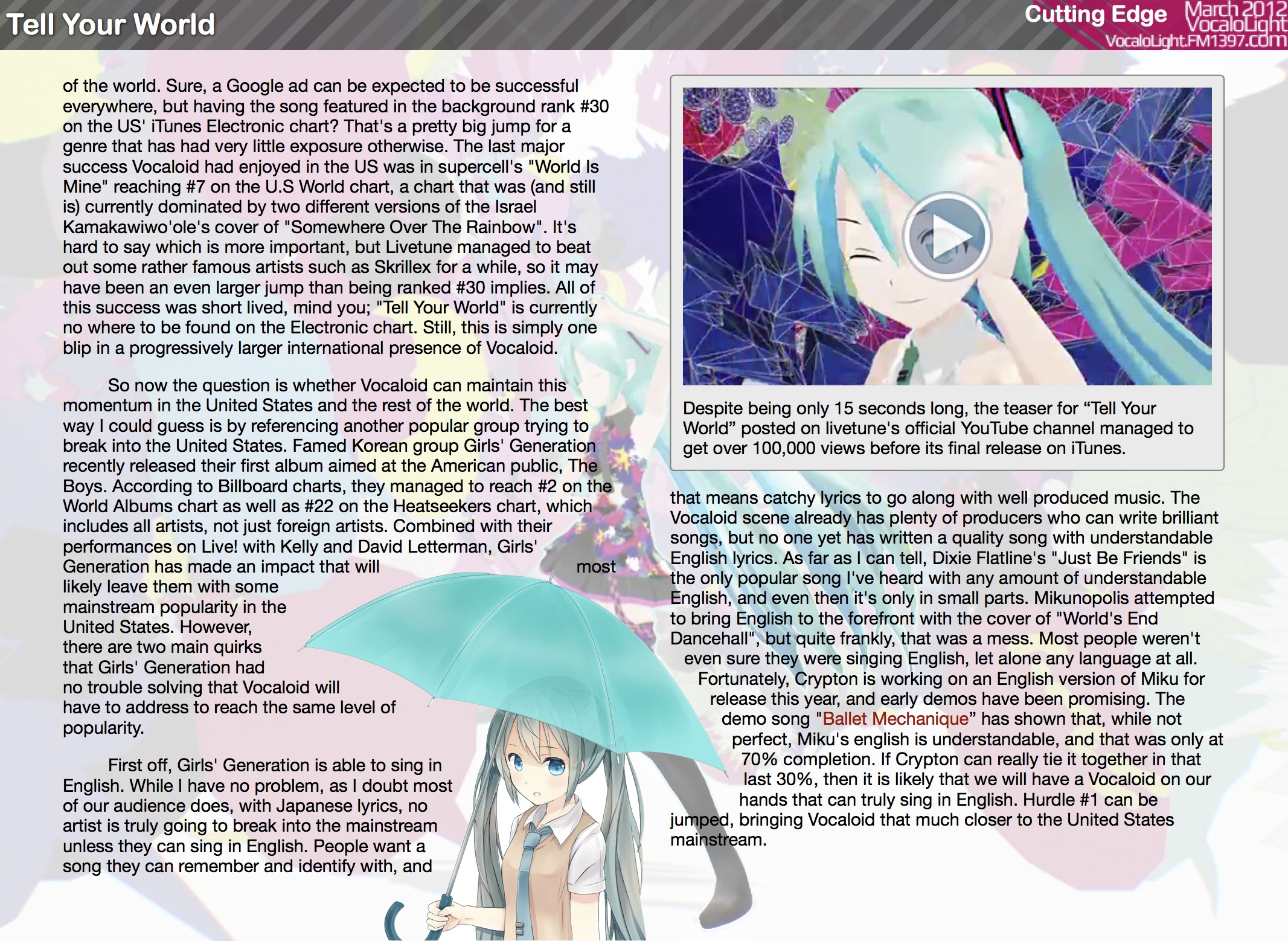 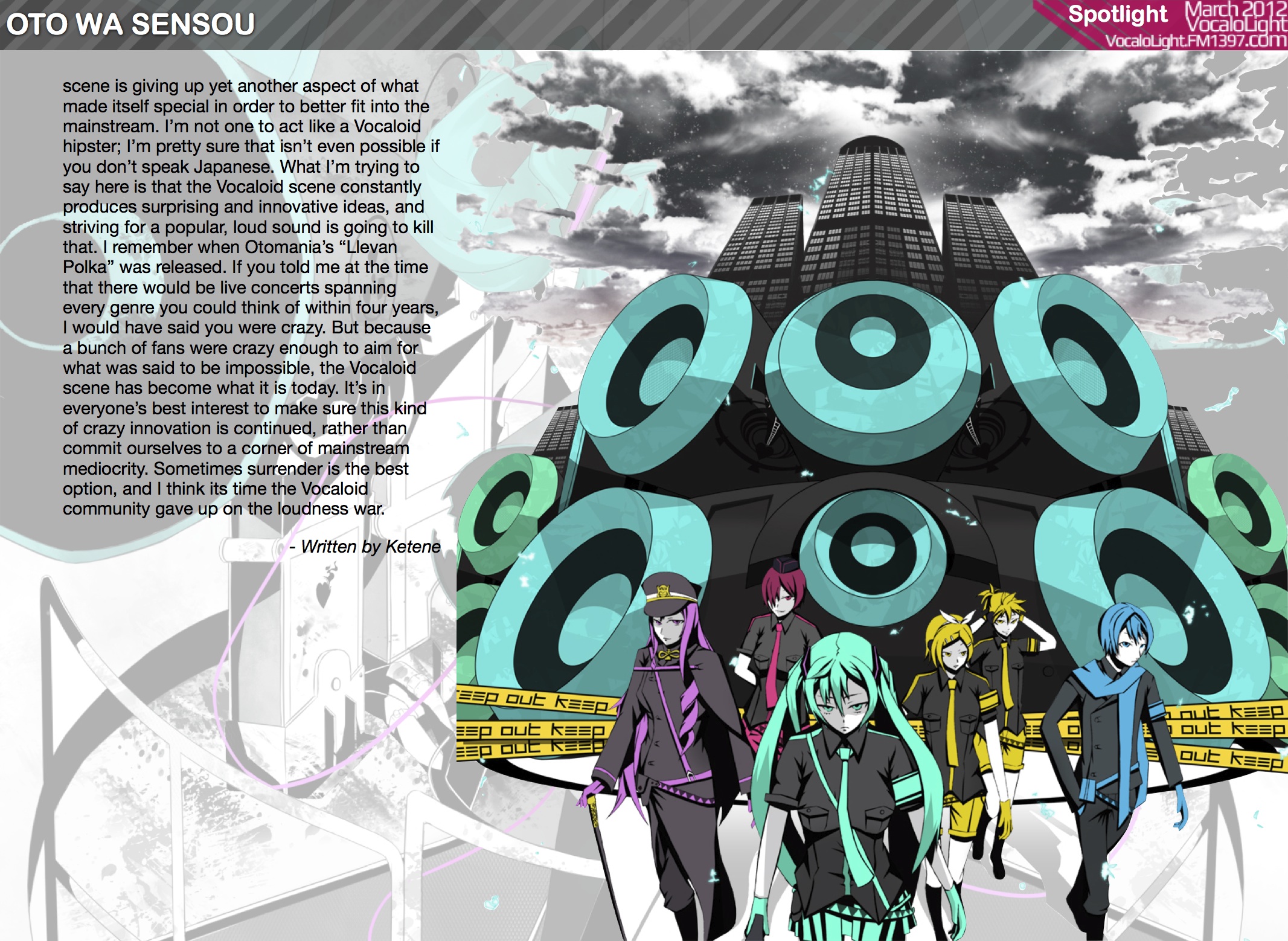 Since the magazine was one of its first kind in the genre, available in PDF and iBooks format, and was steps ahead of any potential competitors, VocaloLight was warmly welcomed by many and sparked a big fan base. At its peak, the user acquisition (measured by downloads / unique visitors) reached a surprising 89%.